The Western Australia economy grew by a massive 2.2% for the March 2022 quarter, according to recent statistics released by the ABS.

Despite recently inflation issues, this is a great number for the WA economy.

WA recorded the highest private fixed capital formation increase of any state, at 3.2%, compared with second place Victoria that recorded 2.2%. That is a good indicator for WA businesses.

Above: Australia’s quarterly GDP growth released by the ABS.

Australia’s GDP grew 0.8% in real terms for the quarter.

Despite inflation concerns and labour shortages, conditions are still positive for Australian businesses.

Get your Payroll Tax Records Updated: Super Changes For July 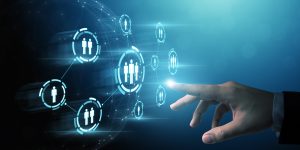 3 Common and Key Signs Something is Wrong in Your Business